The  Mammoth Lakes MLS is reporting 19 real estate closings in Mammoth for the period ranging from a low of $276,500 to a high of $940,000. Of the 19 closings, 15 were financeable properties and seven (7) were conventionally financed. A slightly different mix of closings; six (6) condos selling under $380,000, a Buffs lot, a commercial lot on Old Mammoth Road, an old fourplex, and three homes that have had many days-on-market. 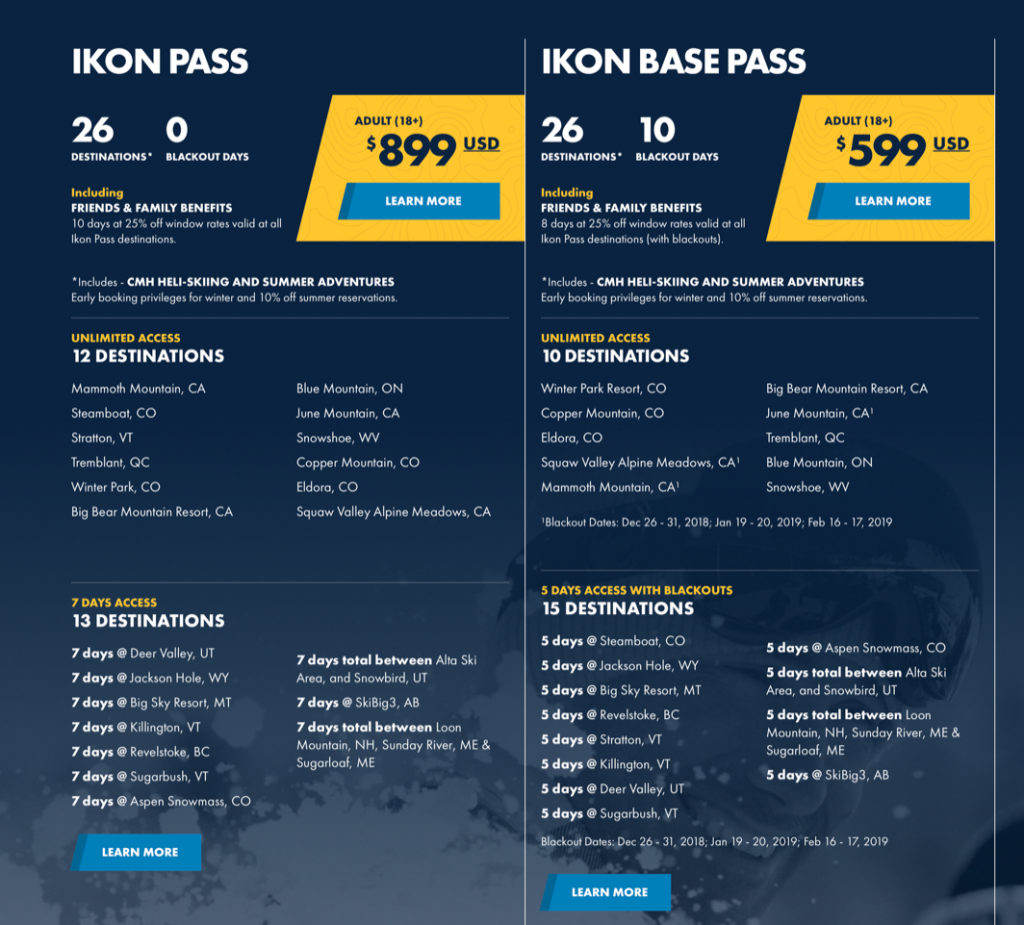 The total number of properties in “pending” (under contract) in Mammoth Lakes is down five (5) to 59 at period’s end. Of the 59 properties in “pending,” there are 38 in “Active Under Contract” status (formerly “back-up”). The total number of pendings in the aggregate Mammoth MLS (which includes outlying areas) is down  two (2) to 89 and that includes four (4) vacant lots listed under $65,000 and a mobile home listed at $38,000.

A potent and cold snowstorm has pulled out of Mammoth and it has left behind large piles of snow in town and great new coverage on the ski runs. This has become the “just in time” winter. The Ski Area is now set for the spread-out spring break period. And there is more snow and cool temperatures in the long range forecast. It is time to enjoy some good skiing and snowboarding.
​​​​​​​This weekend was crazy. A large crowd braved the weather with hopes of riding fresh powder. The Ski Area was completely closed on mid-morning Saturday due to a massive avalanche off of Climax (if you look back to my newsletter of four weeks ago (Super Bowl Sunday) you will see a photo I shot that day of a very barren Climax). No wonder it slid after seven feet of snow fell on it. The deposition slid through upper Dry Creek and engulfed the bottom of Chair 5. Luckily, no one was hurt. Mammoth Mountain and local emergency services went into full avalanche mode in the middle of a blizzard. Impressive!
Today, Sunday, was bluebird with minimal wind. The cars at Eagle and Canyon were parked down as far as I have ever seen them. But the Ski Area was cautious about opening the upper mountain. And deservedly so.
Besides the fresh snow (and all the tourists) the best drama of the period was the changing details of Alterra Mountain Company’s new Ikon and Ikon Base Pass. The new pass details were announced some 10 days ago and just about everybody had some opinion about it. The Pass details and usage are somewhat different form Vail Resorts Epic Pass which allows almost unlimited usage at all of their resorts (and again, depending on the specific Epic Pass you might have).
But more important to the Mammoth-faithful pass holders, the full Ikon Pass at $899 was initially the only viable option. Alterra CEO Rusty Gregory was quoted in The Sheet about how all the company’s data about usage and travel led them to make this decision. It was pure business (or folly). AND they did away with all senior passes. And even worse, the pass holders at Squaw/Alpine were given the option to only need the Base Pass at $599. Believe me, there was immediate uproar.
The Mammoth pass holders came out in force; there was a live protest at the administration offices in the Main Lodge the next day, there were hundreds of complaints lodged with Alterra, and some Mountain higher-ups were even threatened in town. The $200 increase (over last year) did include access to a variety of other ski resorts, but many of the Mammoth loyalists were now “out” because of the new offering.
By the end of last week, Alterra back-pedaled and included unlimited riding at Mammoth Mountain under the Base Pass with 10 days of holiday blackout (Christmas to New Year’s Eve, Sat & Sun of MLK and President’s weekend). So unless those holiday periods are a “must” (certainly not for me) then the Base Pass is great; unlimited riding at Mammoth and Squaw/Alpine and a few Colorado resorts but also good for five days (each) at resorts like Aspen/Snowmass, Steamboat, Alta/Snowbird, Deer Valley, Jackson Hole, Big Sky and Revelstoke. So the Base Pass now offers tremendous value and especially for So Cal based Mammoth regulars who could be inclined to fly to other destinations.
So what is all of this telling us? Was this a ploy to see how the valuable Mammoth pass holders would react?? Did they really believe the Mammoth pass holders would see value in spending an extra $200 to have access to all the other resorts?? Or will Alterra run their company based on cockamamie data??….I don’t think they are going to run their company based on the revolt of their pass holders, but who knows at this point. Personally, I would have just bought the Ikon Pass and moved on.  But the Base Pass works just fine for me. Obviously, Alterra just discovered a valuable “elasticity” lesson about the Ikon Pass pricing.
​​​​​​​These passes are so important to the ski industry today that there are some other interesting aspects to discuss (are there Aibnb discounts coming for pass holders?). The Ikon Pass is clearly designed to compete with Vail Resorts Epic Pass. They both have different attributes, and obviously different ski mountains. At $599 the Base Pass is $270 cheaper than the standard Epic Pass. We just learned that $200 can influence a purchase decision (crumbs matter?). So will the cheaper price and some new terrain move some away from the Epic Pass? And months ago I asked whether the new Alterra formation would actually bring pass price competition to the market. Looks like it may have. And for the true destination skier/traveler, why not hedge and buy both?….
The Town front is rather quiet. The final construction numbers are in for the new police station, and yes it ran over budget, and they didn’t include the “furnishings.” In a police station I would imagine plenty of things could be considered “furnishings,” even down to the jail cell….The Bishop Airport movement is growing stronger, and apparently it is what Rusty wants. And the Town Council election in June is heating up (see below).
The new life flight conglomerate, AirMedCare, that has taken over the service in the region sent me their annual insurance policy information; $65 per year covers all the non-health insurance costs for a life flight out of the area. I signed up immediately. I must have been on their primary mailing list — I was life flighted out of Mammoth in 2009. My Blue Cross covered 90% and my responsibility was still $3,000. Might be a consideration for those who are accident prone or have special health issues.
And, as promised, I did post a new Broker’s Report, Mammoth Mountain Ownership, A Perspective.

Apparently one of Mammoth’s most famous developers has purchased the vacant commercial lot on Old Mammoth Road next to the Sierra Center Mall. The price was $640,000. The plan is to build a mixed use property with some commercial in front and residential in the rear. Oddly, this is very much like what the Town has wanted in the Main St. revitalization plan. But this isn’t in that zone. And now we will see the economics; the land has to be purchased for an attractive price, and the developer has to have strong expertise and experience to make it happen efficiently. There will likely be density, height and/or set-back bonuses for at least one deed-restricted unit. And more. All of the stars need to come into alignment to make it work. Perhaps a build-to-suit franchise fast food restaurant in front? And the irony, the Town staff will probably get in his way!!
A very nice Bluffs lot closed at $450,000. Considering the location, view and surrounding homes, that has to be a great deal for the buyer. Again, the cost of construction in Mammoth just suppresses the value of the land. The new owner could certainly spend $2 million for construction. The location would warrant it.
An oversized 2 bedroom / 2 bath unit in the Village overlooking the main plaza closed for $710,000. Values are now rising for special condo hotel units. If this trend continues and the macro economy remains strong, a new condo hotel development could happen in Mammoth in the next 10 years.

Favorite New Listing For The Period!!

Low-end homes are becoming more scarce in the market. So here is a new one that is an easy walk to the Village, located on a dead-end (quiet) street, has a 2-car garage, gas heating, and a pellet stove. This is an efficient 3 bedroom / 2.5 bath home, all in just under 2,000 square feet. The kitchen has been nicely remodeled.
So the location, street, size, etc., could make this a wonderful (and affordable) second home. But you might hear a little of the summer music in the Village!
Listed at $739,000
Courtesy of Riffel Real Estate​​​​​​​

Last month’s Real Estate Q&A that proposed questions for the Town Council candidates has already brought some interesting responses. Thankfully it looks like we will have some very competent candidates. One of them sat down with me for a couple of hours last week and I was impressed. Developing workforce housing may be the top priority for the front-running candidates. The Shady Rest acquisition should be completed by the time of the election. Getting the project built-out within five years seems to be the goal. That is ambitious but it needs to happen. The tools are there. The State has new monies available and the Ski Area is going to want part of the project for employee housing.
Fiscal conservatism seems to be on tap also. One candidate told me that with Shady Rest, and all the ancillary expenses beyond just the acquisition, and moved into a priority position, that the Ice Rink/MUF funding may be seriously compromised. And these new candidates seem to understand the value of a rainy day fund here in Mammoth.
Speaking of that, a recent presentation by Mono County Assessor Barry Beck shows that the Mammoth School District (MUSD) has lost $12 million dollars in property tax funding since 2009. All due to the loss in assessed valuations after the housing bust. That $12 million represents a year of operating costs for MUSD for 1,200 students. What wasn’t said is that MUSD continued to budget at the 2009 levels even though they knew their tax revenues would drop. This is the same problem with the Town. Good times (high tax revenues) are cyclical.
And speaking of MUSD, I was asked about my idea of the Town getting a more favorable lease for the existing ice rink property so it could stay right there (and we can afford to put a roof on it and make some other minor improvements). So here is my explanation (which wasn’t in the Q&A). MUSD is asking the voters to approve a $63 million bond. Rough calculations mean the local property owners will pay in close to $100 million over the life of the bond. I propose MUSD lease the land to the Town for $1 per year for 25 years. That would cost MUSD $1 million. That’s a 100-to-1 ask/give for MUSD. That is the least they could do. MUSD may end up in an unexpected fight for their bond referendum.
​​​​​​​So we’ve got three months before the election. We’ve got some great candidates and the issues are already flying. This could get fun!
​​​​​​​
Thanks for reading!