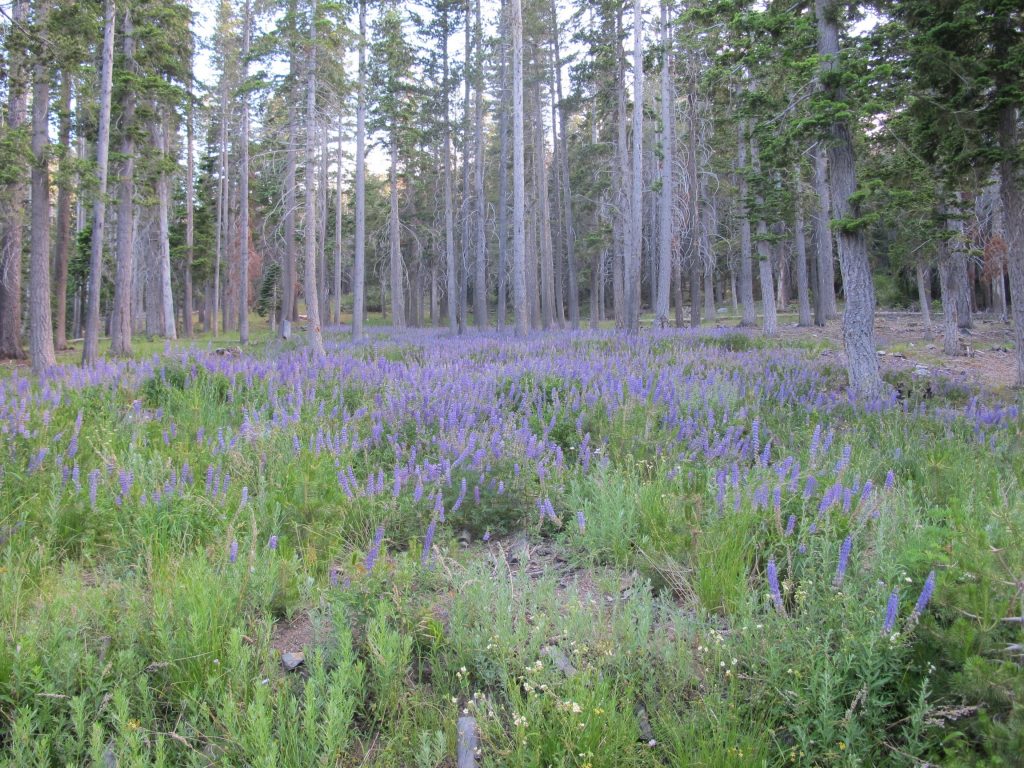 At the period’s end the condominium inventory is up 13 to 99. So at least there is some inventory for buyers to choose from. And some of the new listings have been remodeled and are being sold in “turn-key” condition. Good luck trying to get any remodeling done before the end-of-the-year holidays. There were 39 new condo listings in the period and 14 are already under contract and in escrow. Curiously, some of the new condo listings were purchased in the last 2-3 years. They don’t necessarily appear to be intentional “flips” but it is hard to say. Maybe their agents just pushed them into the wrong property, or…. Some of the latest pricing appears to be a reach.

The inventory of single-family homes is up six (6) to 48. There are now 24 homes listed under $1,000,000. So the selection is improving and there are properties worth looking at; it just depends what the buyers are looking for. So far the pricing hasn’t gone too far out-of-control.

The total number of properties in “pending” (under contract) in Mammoth Lakes is up eight (8) to 61 at period’s end. Of the 61 properties in “pending,” there are 26 in “Active Under Contract” status (formerly “back-up”). The total number of pendings in the aggregate Mammoth MLS (which includes outlying areas) is even at 92. So the market is behaving somewhat normally relative to the past 30 years (as opposed to the last 12 months); an increase of condo and home inventory during late spring and into summer, most likely peaking around Labor Day Weekend, and then a rush to buy properties as we head towards winter. Again, under normal circumstances I tell potential buyers to be looking in July and August, not November. We’ll see how this pans out.

Great summer weather the past two weeks has only been compromised by varying levels of smoke the last few days. The movement of smoke is an interesting illustration of how air naturally flows at this altitude and in the mountains. The mornings have typically been clear and then (without breeze) the smoke builds up in the afternoon and then clears in the evening. The Lions Fire has burned over 3,100 acres and is some 7 miles south west of town. The sound of helicopters flying around dousing the fire and heading to Mammoth Airport for refueling has been almost constant.

The classic summer crowd has moved into Mammoth and the entertainment has begun. The fire has driven an inordinate amount of backpackers into town; this year’s group already look tired and dirty. They look like they’d like to check in to a hotel, but I’m sure that isn’t in the budget. The summer RV crowd is entertaining too. Many think they can just park anywhere (squat) and spend the night, whether the forest or any convenient spot in town where they think nobody will notice. And beware the summer drivers, especially the ones who like to stop in the middle of the street, or who can’t tell the difference between crosswalk signs and stop signs.

Even worse are the cyclists, and the proliferation of e-bikes isn’t going to make it better. So many visitors get on bikes who normally don’t ride. Some think they own the road (legally they do). They do the craziest stuff. Others have no clue the danger of riding against traffic, especially on sidewalks. It is all funny it until it isn’t; like my neighbor (who doesn’t ride) who went over the handlebars last week and spent three days in Mammoth Hospital. It will take him a year to heal…. Another oddity, visitors just casually change their clothes in the middle of parkings lots. Like nobody is around….And on and on. Summer can be looked at like one big comedy.

Mammoth isn’t booming with construction but it is certainly strong. Just try to get something done. It is a sign of a strong local economy. Looking back at the three “dead” construction periods I can remember; early-mid 1980’s, early-mid 1990’s and early 2010’s, they were all highly recessionary periods for Mammoth. So seeing construction on various levels is very positive.

Here is a review of what is currently happening; The Grocery Outlet on Old Mammoth Road is coming along. It is a more complicated structure than I expected. But it is now rising out of the ground. Lots of cement and lots of steel.

There is actually serious demolition going on at Canyon Lodge; construction fences, jackhammers, roll-off dumpsters, etc.. I can’t find any plans or elevations of where this is going but something really is happening. Oddly, I came across a 2013 article from The Sheet that announced a $1 million investment plan to create an outdoor events venue at Canyon Lodge. Did that ever happen??

And across the street from Canyon Lodge on the old Intrawest parcel the Hooper townhome project is installing a massive retaining wall (Hooper is building The Wall). This concrete and steel wall is costing some serious dollars. I would expect the framing of the first buildings sometime this summer. The project is named Mountainside and will comprise of 16 duplex style townhomes.

The “Hillside Highlands” project just west of the Village proper is moving along. The foundation and framing is impressive and looks expensive. This project is a long way off. I’m sure they’d like to have the third building enclosed by winter, but they are just starting the grading.

And new buildings are going up fast out at Creekhouse (Snowcreek phase 7). And all but two of the new units are spoken for. It wouldn’t surprise me if they tried to start a few more buildings before winter.

The new hall at the Catholic Church is buttoned up but there is plenty to do inside including a large commercial style kitchen. The rest of the site has been curbed, lighted, and resurfaced. It looks really nice. I think they have some parties planned in the future.

And what looks to be the largest home ever built in Mammoth continues on two merged lots in Juniper Ridge. It may take five years or more to complete. Amazing.

And there are a variety of homes under different phases of construct all over town. And plenty of condo remodels too.

And speaking of the Village and development, here’s a link to my Real Estate Q&A columnthat appeared in this week’s issue of The Sheet.

The sale of Mammoth Creek #24 for $325,000. I’ve shown this unit a dozen times in the last two summers. It has nice location in the project and is in good condition. The problem? It only has a half bath in the loft — no shower. And many potential buyers looked at the possibility of adding one and passed. I listened to the yin and yang of taking the remodel on. Finally, someone decided to go for it. An off-market sale.

A Starwood residential lot closed for $299,000. Pretty cheap considering a flat lot in a premier subdivision. But this lot has been on the market for years. The value is compromised by being right on Minaret Road. But of course there are million dollar homes all down the same row.

I like the Westin Monache property and I especially like the 2 bedroom units. Here is one in the “45” stack, 2nd floor. This stack is on the south east corner of the building. It overlooks the pool and spa area and looks up to Mammoth Mountain (Lincoln Mountain and the top of Chair 23 specifically) and has southern views to the Sherwins, etc. This 2nd floor location puts it on the same level as the pool area and the fitness room — very convenient.
Amazingly, the 2 bedroom units in the Village are now surpassing the values at The Westin. How long can that last?? The Monache property is really built in many superior ways including true ventilation and heating, the sound suppression within the structure, the cohesive entry and front desk (and valet parking), etc.. All of that should make these 2 bedroom units an excellent value.
Listed at $599,000

Some tidbits from the last two weeks;

• I mistakenly reported in the last issue that the Fire Dept. bond had passed. But it did not meet the required vote. Probably overshadowed or overwhelmed by the school bond referendum. It will most likely be back soon, maybe November.

• I was speaking to some of the long-time employees of the new Alterra lodging properties and they were pleased with the way things were going; good pay AND “benefits” and being treated well. The Alterra umbrella now includes the Village, the Westin Monache, Juniper Springs Resort, the Mammoth Mountain Inn and Tamarack Lodge. Good to hear Alterra appreciates the value of these assets and the employees that keep the owners and guests happy.

• Since my business has been located on Old Mammoth Road since 1990 and I’ve paid into the Old Mammoth Road Assessment District (road re-alignment, sidewalks, lighting, landscape, etc.) since the inception, I watch what is going on. Besides the red concrete, most of the planning was okay. But the little strips of landscape along the street are cute but grossly impractical. The Town has struggled with what to do with them because they are impossible to manage and are subject to abuse. But the Town is also collecting tax dollars directly for the maintenance and upkeep. Most of the strips have been dirt since the drought. But this last week they planted them with a variety of flowers. Perfect, just in time for the 4th of July parade crowd. I’m thinking all of the effort will certainly be trampled and disregarded. The Town is not good at solving basic problems.

• The rental wars continue!!  Vacasa (who purchased Mammoth Premier Reservations after 27 years in business) is a national company. I recently received a letter from the CEO (a basic owner solicitation letter). It stated, “Our general premise is simple: you should earn more before we earn anything, and our guarantee ensures this will always be the case.”

Further, Vacasa is guaranteeing a net increase of $5,000 in your first year or they will refund the difference. They are also guaranteeing owners who are currently self-renting a greater return even with their management fee taken from gross rentals.

Meanwhile, two local real estate agents continue to heavily promote their rental program that estimates 10 to 15% “cap rates” on the vacation rentals they manage. With that type of return, everybody should be buying!!

I wish I could see where all of this is going in the next five years…..

• The National Skis Areas Association recently awarded Mammoth Mountain with the “Best Overall Ski Safety Program.” MMSA also won the award in 2015-16. They are to be congratulated. But safety has become an increasing concern for me while skiing on Mammoth Mountain. I don’t think it has become better. But maybe I’m just to old to be up there anymore….

•  And it was reported to me that the Town will re-name the 24-acre Shady Rest affordable housing parcel that they just acquired to “The Parcel.” The confusion with Shady Rest (the parcel) is with nearby Shady Rest Park. So it makes sense to re-name the parcel. The power-that-be decided “The Parcel” will work. Quite creative. At least they could have devised some fun competition to come up with a new name (imagine in the future, people will brag, “I live at The Parcel.”) A competition would have certainly brought some humorous names, and maybe even a real winner. And Lord knows we could use some humor, and some winning.