The Long, Cold Winter Comes To An End, Time To Ski and Clean-up! 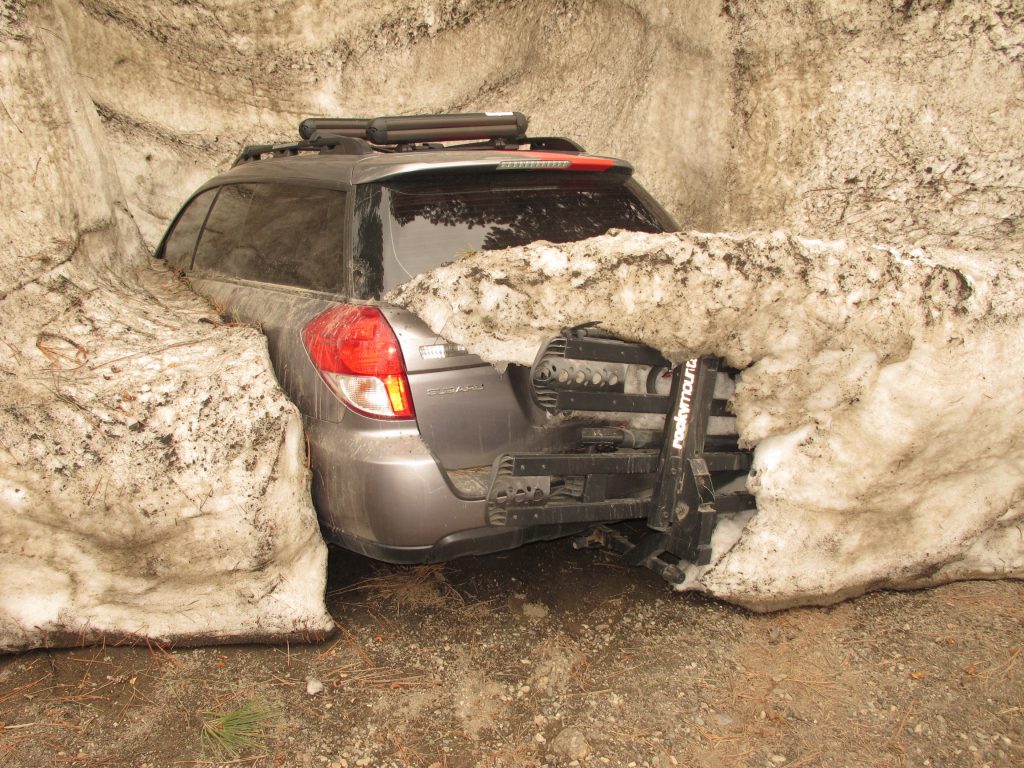 The Mammoth Lakes MLS is reporting 21 real estate closings for the past two week period ranging from a low of $245,000 to a high of $1,000,000. Of the 21 escrow closings, 20 were financeable properties and only eight (8) were conventionally financed. Two of the cash sales were ~$1M single-family homes. Eight (8) of the 21 sales were condos closing between $400-500,000. In the current market Snowcreek properties are unusually hot. The 10-year Treasury yield rose to 2.56%. Mortgage rates remain very attractive.

At the period’s end the condominium inventory is even at 89. There were 21 new condo listings in the period and six (6) are already in escrow. Mammoth appears to be moving into a traditional spring selling season. Between a late Easter (on the calendar), great spring skiing, IKON Passes and low mortgage rates, the activity has good chance of continuing for the next 30-45 days.

The inventory of single-family homes is up one (1) to 32. There are currently nine (9) single family homes in escrow including two (2) listed over $1M.

The weather has been on the chilly side with classic “April showers.” But the weather warmed this weekend. Warmer temperatures and basically no snow are in the long range forecast. It has been a long, cold winter here in Mammoth. Subfreezing daytime temperatures started back in mid-November and there were several 10+ day stretches of not coming above the freezing mark. And based on my own personal experience and plenty of discussions around town, the local residents are ready for the change.

The Sierra snowpack is basically at 150% of normal. The State of California declared that the drought is over, for now. As the temperatures warm the snowmelt will now accelerate. All of the snow that was shoveled and trucked in the past 45 days at great effort and expense will be gone before we know it. It should all make for a beautiful summer.

The spring break season has been spread out over several weeks and there has been no major concentration of crowds. That has made it nice for everybody. One shuttle bus driver told me he felt that it has been “uncrowded” the past few weeks. But there is strong, visible tourism all around town. With the great coverage on the Mountain, the spring skiing shall be fantastic. Hopefully, lots of IKON Pass holders will come to experience it. And some for the first time.

The traditional clean-up now begins. The Town and Caltrans have already been out filling pothholes. Driving through the neighborhoods the Town has a great deal of road work ahead. There is also an extraordinary amount of mangled and destroyed street signs, stop signs and snow stakes. The property managers and HOAs will start the spring cycle of cleaning and preparing for summer.

One thing I try to explain to prospective buyers who question the seemingly high HOA fees in Mammoth is this; there is an endless to-do list of maintenance on properties here in Mammoth. It is quite unlike southern California. Second homeowners drive in-and-out of town and rarely grasp the work that goes on. Right now is classic. Most property managers are tired from all of the snow removal operations — parking areas, walkways, roofs, ice control, machinery maintenance, etc.. All of that costs money.

But now they have to start raking up all the garbage that the melting snow exposes, they’ll be removing and storing all of the snow stakes, and in month or so they will be charging up the landscape irrigation systems so the property will look nice for Memorial Day weekend and beyond. Swimming pools have to be readied for the summer crowds. It all happens in reverse in the Fall. And summer is when the real maintenance projects get completed.

The Town agendas are fairly quiet. There will be a Council presentation and update this week on the Mammoth Lakes Foundation’s Arts and Cultural Center proposal. It will be interesting to see where they stand. This project is likely to be similar to the Ice Rink; a major facility projected to be constructed for an amount far less than reality. But we’ll see. They originally had a construction cost estimate of around $20M. Like the ice rink it is a “clear span” building. In an area that requires seismic and snow load engineering, that can get costly. Construction labor and materials remain high in California. The Foundation has been actively pursuing donations all winter. The last figure that I recall is that they had raised about $14M. They were planning on breaking ground in October of this year. Hopefully, it is a positive update.

Construction crews will return to Main St. this next week to complete and begin new sidewalk projects. A large segment on the north side will finish a contiguous sidewalk from the Village to Shady Rest Park. That is impressive. The new core commercial sidewalk from the Post Office to the Fire Station will be matched on the south side of the street. The Town and Caltrans kept that sidewalk clear almost all winter. That’s a great deal of snow hauling. Both sides of the street will be significantly more. But this plan has been in the works for more than 20 years…..I wonder if we will ever see Rusty’s gondola up Main St.?? And down Old Mammoth Road to Snowcreek? That would be something….

Two homes on Aspen Lane in the Mammoth Slopes (the neighborhood between the Village and Canyon Lodge) closed in the ~$900K range. One was new to the market, one has been on-and-off the market for years. That is a popular selling area in the winter season.

The home at 230 Joaquin Road finally closed at $489,000. This 1950’s cabin attracted loads of attention the past couple of years because of the low asking price.

This is back on the market. This is now the third least expensive home listed in Mammoth, and the least expensive home with a 2-car garage. Located on a quiet residential street between the Village and Eagle Base, this is a 3 bedroom + den / 3 bath home with forced air gas heating, a wood burning fireplace in the living room and a woodburning stove in the den (no retrofits required). The great room is light and airy with views to the Sherwins and down valley. Lovely deck for hanging out or sitting in the spa. Unique floorplan with two bedrooms and two baths on the upper floor. Built with post and beam construction and wood encasement windows for a nice mountain feel. Large garage with extra workshop and storage areas. This floorplan could also be easily modified into a separate downstairs living area/ADU (accessory dwelling unit) so a new owner could have their own space and a rental too.
Priced at $739,000

The Mono County Assessment Appeals Board will be meeting during the next period to (hopefully) finalize the Mammoth Mountain Ski Area appeals from 2012-2016. We will also be hearing the full appeal of the separate Tamarack Resort appeal. But that is small valuation compared to the Ski Area.

Another long standing appeal that may soon be resolved is that of the Ormat owned geothermal plant located at the Hwy. 203 offramp of Hwy. 395. It is aptly named Casa Diablo. They are a significant taxpayer in Mono County. This is an interesting appeal also because of Ormat’s status in the community.

The appeal is interesting in many ways. Properties are re-assessed in California after ownership changes. The Casa Diablo plant has gone through a series of ownership changes, mostly fractional interests, through the three+ decades since the inception of the lease of federal lands. Ormat has essentially owned Casa Diablo 100% since 2010 but because of the complicated nature of the purchases the Assessor was not able to start a new lien date until 2012.

Meanwhile, the Casa Diablo plant appears to be very successful. In the past 10 years they have gained permission to add several new well heads between the plant and Shady Rest Park. Take a bike ride behind the Park and there is an interesting array of well heads and large above-ground pipes that are plumbed down to the plant. It has always given me the impression that there is an impressive amount of heat lying below us. According to the maps in my package there is a considerable amount of area to the north of town that they can (and will) explore in the future. The ownership changes and growth make valuing the enterprise a challenge.

There has also been considerable investigation and litigation by the Mammoth Community Water District over the threat of Casa Diablo’s activity and the potential of harming (or destroying) Mammoth’s well water supply. I’m guessing that will be continuing for a long time. Thankfully, MCWD is a well run (pun intended?) organization and would appear to be capable of standing up to the corporate interests of Ormat. Let’s hope. Mammoth’s water supply is a valuable asset.

Meanwhile, I think the Mammoth Lakes community should be encouraging Ormat to help us develop a series of natural hot tubs around the Shady Rest Park Area. These natural hot tubs are extremely popular and overcrowded in the eastern Sierra. And none of them are in close proximity to town. If we could locate them near public transportation it would be ideal. This would be a great addition to our tourist economy.