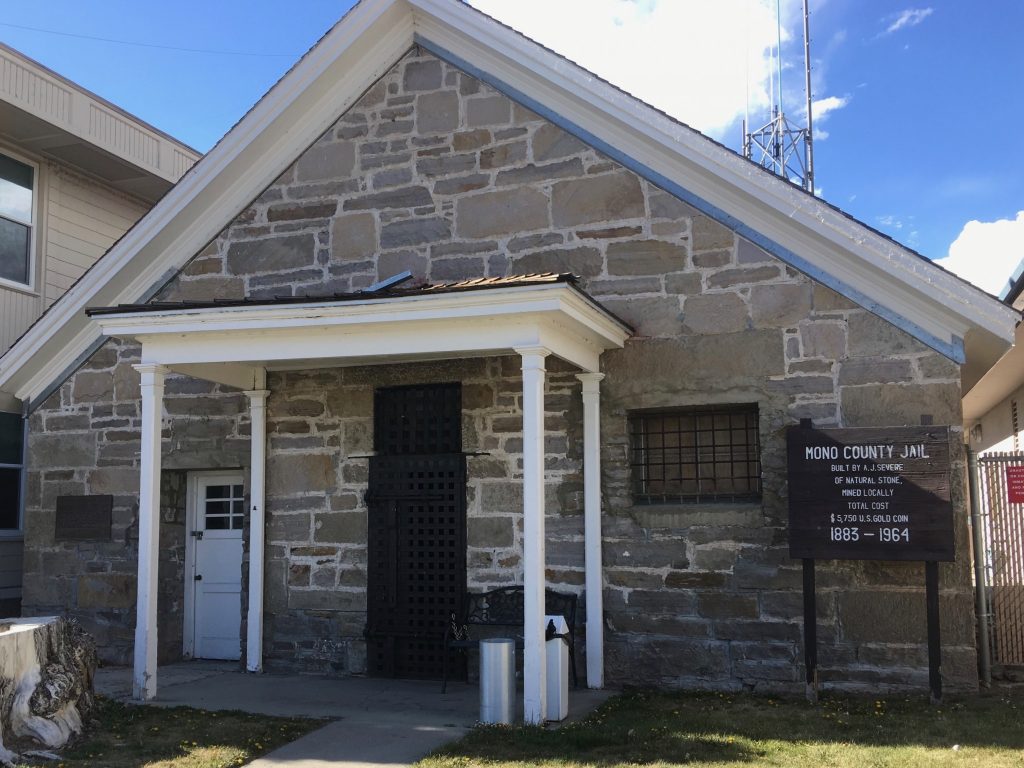 The Mammoth Lakes MLS is reporting 18 real estate closings ranging from a low of $225,000 to a high of $1,190,000. Of the 18 escrow closings, all 18 were financeable properties and 13 were conventionally financed.  There were 11 condo sales under $600,000. The 10-year Treasury yield dropped another 3/10th of a percent to 1.539%. One mortgage lender that sends me weekly rates has the 30 year mortgage at 3.375% as of Friday. The refinance boom is on! And non-bank lenders like Quicken Loans are bound to be aggressive.
The 30 year FHA rate is 2.875%, but that would require PMI. That is interesting because HUD announced some new guidelines for FHA loans that may allow more of Mammoth’s residents to purchase local condos with 3% down. This could get interesting.

At the period’s end the condominium inventory is up one (1) to 129. There were 18 new condo listings in the period and three (3) are already in escrow. I often tell people that the inventory in Mammoth usually peaks around Labor Day weekend. That can make August and September a great time to look at property in Mammoth — there is good selection and inventory. The Labor Day period is the turning point between seller’s bringing their properties to the market and the beginning of pre-winter buying. The kids are going back to school, football will show up on TV, and the buyer’s minds shift from summer to winter. We’ll see what the influence of new IKON Pass holders and low interest rates will do to the condo market. This time last year there were 109 condos on the market.

The inventory of single-family homes is up another another five (5) to 67. There are plenty of properties that have been on the market before; last summer and beyond. Under $800,000 there are some desirable properties but plenty have serious compromises. Between now and the end-of-the-year I would expect these properties to start competing with each other. Some sellers will discount and others will rent for the season and try again next year. But with the interest rates so low there are bound to be local residents trying to find a new home. This time last year there were 53 homes on the market.

The total number of properties in “pending” (under contract) in Mammoth Lakes is up one (1) to 64 at period’s end. Of the 64 properties in “pending,” there are 24 in “Active Under Contract” status (formerly “back-up”). The total number of pendings in the aggregate Mammoth MLS (which includes outlying areas) is up eight (8) to 98. This time last year it was 59 and 94 respectively.

Following the very crowded Bluesapalooza week, Mammoth has been on the quiet side the past two weeks. There have been small episodes of smoke in the region. The Spring Fire south of Mono Lake continues to burn but most of the smoke has moved off to the east and not impacted Mammoth. There was good rain last week with some lightning, but for the most part Mammoth has been free of smoke. The weather this weekend was quite perfect. The weather gurus are reporting that this has been one of the coolest summers on record. After the winter of 2019, that seems appropriate.

The YotelPad marketing and sales process will apparently make a major shift in the coming months. There are an undisclosed amount of solid reservations on specific units. These buyers are referred to as “the Founders.” Based on California real estate law these deposits and selections are still fairly non-committal. They are like inexpensive options to purchase. But the marketing is now taking a hiatus, or “vacation” as they are referring to it.

But the proposed YotelPad property is apparently going back for revisions. The “Domos” or townhomes on the east property line (shared with Viewpoint Condos) could disappear. It is purported that there wasn’t much interest. The real question in the market is if a buyer was spending ~$1.5M in Mammoth would they buy right there?? Yes, they could generate awesome rental income, but….

Besides potential changes to the development, there will be a new sales team taking over. The previous out-of-town broker is apparently gone as well as the staff. The rumor is that one of the major brokerages in town will take over. There are old Intrawest ties there so it all makes sense. But ultimately it may come down to the viability of a new condo hotel project being developed in Mammoth. My writings from 2015 to 2018 questioned (doubted) the viability of new condo hotel development at this stage of the market. The market values in the Village have increased in the past 24 months but still indicate it is difficult to make a project “pencil.” And these developers may have actually overspent for the land. Mammoth remains a very expensive place to develop. And condo hotel values (and revenues) need to rise to that expense.

A couple of months ago I wrote a column about Mammoth’s Green New Spiel. Environmental protection, energy consumption, waste, etc. are all part of modern ski resort operations in the future. According to an article in last week’s issue of The Sheet, Alterra executive David Perry will now become Alterra’s Executive Vice President of Sustainability and Special Projects. The focus will be on climate change and the survival of the ski industry. And environmental protection. This is why summer activities in the Alterra resorts and especially Mammoth are getting so much attention.

A former client called me during the period to discuss an interesting situation. He has owned a small, downstairs condo for years. The unit above him recently sold and the new owner installed hardwood floors in the main living area which is directly above his living area. The noise and noise transference is “unbearable.” And now the unit is being aggressively rented (STR). Some condominium projects in Mammoth specifically outlaw hardwood floors in upper units for this exact reason. There is no direct language in this HOA’s documents.

This owner has actively asked the upstairs owner to remedy the situation, but to no avail. The HOA documents do provide that each owner is entitled to “quiet enjoyment” of their property. The downstairs owner was consulting with me to see what my opinion is of the devaluation of the property based on the unbearable noise coming from upstairs due to the new hardwood floors. It was an engaging conversation to say the least. But this owner also happens to be an attorney. He said he is filing a lawsuit this next week……Now there is a good reason to use vinyl plank with a nice underlayment in your rental property.

And recently I have come across an increasing amount of new Mammoth property owners who have no regard for old growth trees. They think they should be cut down to accommodate their wishes. Trees dohave to come down in many instances for development, but the best (healthy) ones should try to be preserved. Famous resort planner Eldon Beck always said the first two features of any property to consider are the solar aspect in both winter and summer, and the existing natural trees that are on the property. The prime trees should be preserved and “planned” around. That is sound advice in Mammoth.

An oversized 2 bedroom / 2 bath unit at Juniper Springs Lodge closed for $610,000. This is a real odd floorplan in the project. This was originally a 2 bedroom unit and a 1 bedroom unit on the top floor. During construction (20 years ago) there were some problems with utilities, etc., so the builder just decided to make it all one unit. The previous owners had nicely remodeled the unit. We’ll see if the high sale impacts subsequent sales. I hope it rents well….

Sales of 1 bedroom units at Sunshine Village, Sierra Manors, and The Summit indicate to me that 1 bedroom condo values have plateaued here in Mammoth. At least for now. These properties have seen nice price increases in the past 24 months. They are very popular with the Airbnb crowd; both with owners and guests. But the nightly rental rates have become increasingly competitive in the dynamic pricing algorithms and models.

A vacant residential lot closed for $1,000,000. It is located right on the Bridges ski run of MMSA. 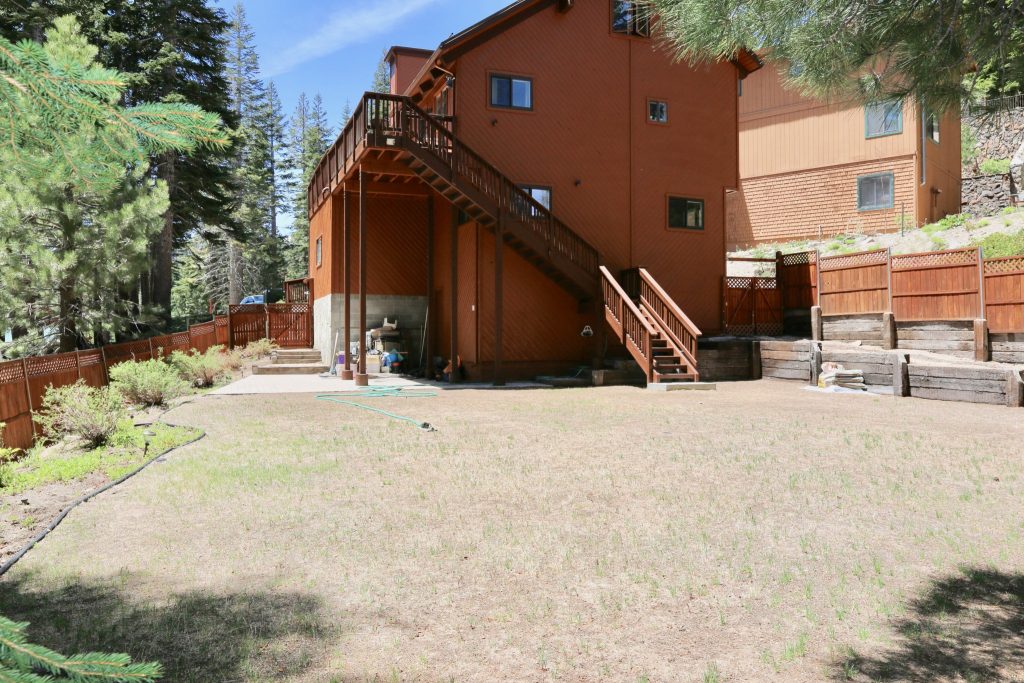 This isn’t a brand new listing but now that the property is vacant and cleaned-up I have to figure out what it is worth……price discovery. The price was set by another local brokerage but I ended up with the listing. Go figure. What makes this property so unique is that it has a large, fenced backyard that butts right to the Forest Service land where the Mammoth Mountain Ski Back Trail is. So the home is located in the desirable “Slopes” neighborhood between the Village and Canyon Lodge. The large backyard is special (the owner has actually had weddings there) but also the immediate access to the Forest land for dog walks, snowshoeing, cross country skiing, mountain biking and access to ski down to the Village and gondola. This is a 3 bedroom + loft / 2 bath home with a 2-car garage and a large basement. It is in “move-in” condition. Here is the video tour of the property.

Last Thursday’s announcement by the Department of Housing and Urban Development (HUD) could really help Mammoth’s workforce housing problems. It could also lead to a repeat of the sub-prime loan disaster of the last decade. But only time will tell.

The real opportunity, and change, is that they have established new condominium financing and certification rules. It is about being able to do individual property “spot” approvals for condominium units. Namely, they have loosened the condo property qualifications for low-down FHA loans. This could open a large door of opportunity for Mammoth’s local residents who would like to purchase a condo with minimum down payment and easier qualifying.

In the past condo projects in Mammoth (and everywhere else) had to be certified to qualify for FHA financing. For many years the definition here in Mammoth that got in the way was the number of “owner occupied ” units in the project. Then they changed the definition of a second home to owner occupied. And in the mix are all of the units that are occupied by their owners on a frequent basis but also rented on a nightly basis. In the FHA realm, Mammoth is a completely different animal. Getting projects certified was nearly impossible. A handful were over time, but the hassle was immense. There were better things to do.

With these new guidelines it would appear that many of Mammoth’s low-end condo projects should qualify for “spot” approvals. Owner occupancy levels can go as low as 35% for older projects. But we still are unclear as to the new definition of “owner occupancy.” The implication is that it means non-investor owned. Individual investors cannot own more than 10% of the units in a project to reach certification. That shouldn’t be a problem in Mammoth.

Between Mammoth’s high rents and today’s low interest rates, owning (even with ~3% down) could be cheaper than renting. Many condos in the $250,000 to $450,000 price range could be within reach of local residents. We’ll have to see if “gift” downpayment will be acceptable. I’m sure Mammoth Lakes Housing and the lenders will be staying on top of this new change. Local employers should too.

The press release for the National Assoc. of Realtors has some telling statistics. For instance, in Florida’s Miami-Dade County there are 5,683 condo projects. But only seven had FHA approval. Also, there are 8.7 million condos nationwide, and last year less than 18,000 FHA condo loans were originated.

The full details on this new program are just being digested and HUD probably has plenty of fine tuning to do, especially to these “spot approvals.” Hopefully the fact that the Secretary of HUD is a brain surgeon will help. Hopefully, this creates new opportunities for property ownership for many Mammoth local residents.