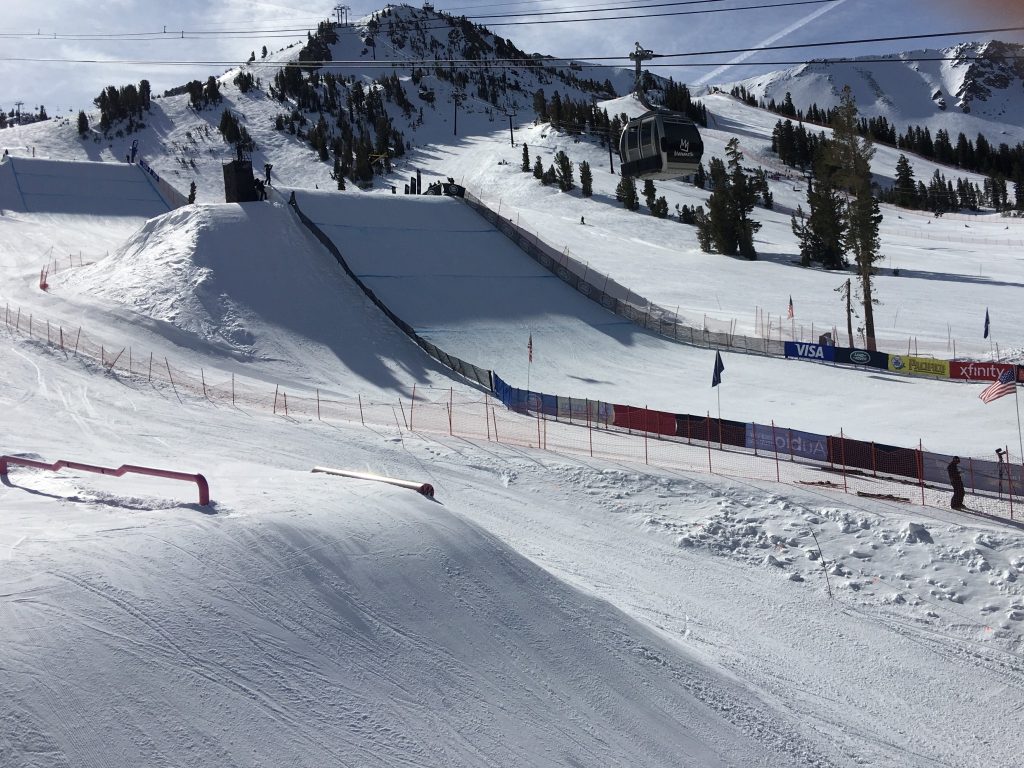 The Mammoth Lakes MLS is reporting nine (9) real estate closings for the period ranging from a low of $215,000 to a high of $1,105,000.  Of the nine (9) escrow closings, all nine were were financeable properties and six (6) were conventionally financed. This period’s closings were a really interesting mix of properties including three units at the Westin Monache that could be considered “premier” units. Also in the mix was a lingering commercial property and a vacant lot with serious constraints. The 10-year Treasury yield dropped significantly at the end of the period to 1.52% (along with drops in the stock market indexes). The “flight to safety” move. We’ll see how mortgage rates follow in the coming week.

The inventory of single-family homes is down four (4) to 45. There was one (1) new home brought to the market during the period. There are currently 23 residential vacant lots for sale in Mammoth.

The total number of properties in “pending” (under contract) in Mammoth Lakes is up eight (8) to 69 at period’s end. Of the 69 properties in “pending,” there are 22 in “Active Under Contract” status (formerly “back-up”). The total number of pendings in the aggregate Mammoth MLS (which includes outlying areas) is up nine (9) to 92.  The pending data clearly shows solid market activity for a January.

After a period of mostly gray and overcast days, the weather turned clear and warm culminating this past Friday and Saturday. The Chamber of Commerce couldn’t be happier. The U.S. Gran Prix event is probably Mammoth’s best opportunity to show the country and the world what Mammoth and Mammoth Mountain looks like. The freestyle ski and snowboard event brings the best in the world for competition and is covered by NBC and its affiliates. In the past, the event has been plagued with stormy days and limited coverage. Not this year. It was so warm on Saturday that the lower runs got slushy in the afternoon.

The Gran Prix event also coincided with Super Bowl weekend which is historically a less crowded weekend for skiing and snowboarding.  And it was, slightly. But this was following a holiday weekend and the now notorious crushing post-blackout weekend crowd. The Mammoth community is still digesting the impacts of the IKON Pass and the blackout periods. Last weekend’s crowd far surpassed that of the previous Martin Luther King weekend. The Ski Area and Mammoth Lakes Tourism are promoting the success of the blackout. They are claiming the three week period around the blackout has the same volume of tourism and skier visits without a massive peak in tourism on MLK weekend. But many will tell you the crushing crowd came the following weekend. And in the last month I have heard many local residents say about the crowds, “Friday is the new Saturday.”

Around town some business owners like how it all plays out. Others don’t. The really odd thing is that most of us received an email this past week from Mammoth Mountain advertising a lift ticket discount for the upcoming Presidents weekend; a 2-day adult lift ticket for only $199. That is certainly a curiosity. Maybe they are looking at the 15-day forecast. While the skiing is still plenty good, the Mountain is clearly back to using their snowmaking equipment in a variety of locations and are digging out their snowmaking apparatus in others. The next two days are forecasted to be below freezing. They will likely make as much snow as possible.

The Sierra Center Mall renovation to become the new 160-room Mammoth Hotel appears to be barreling ahead. Tenants were recently given eviction notices to be out by March 31. I see their tenancies spilling over. The new County administration building doesn’t appear to be two months away from completion and occupancy. Is the Mono County sheriff going to be kicking the County offices out of the Sierra Center? That would be ironic. I feel for the tenants who have worked to build businesses in this location. Many are scrambling and the expanding commercial occupancy in Mammoth will only increase. Commercial vacancies haven’t been this low since 2005. And it looks like Mammoth may have a fourth and fifth cannabis location in the near future. But that would probably be it. The Mammoth Lakes cannabis map won’t allow for any more.

There is a small building boom apparent in Mammoth. Contractors have taken advantage of the good weather to make significant progress on several building projects including the expansion of the Mammoth Creek Inn and new townhomes next to the Sierra Center. There are also 16 townhomes at Obsidian Villas to get in the ground. The local agencies are reporting that there are 30 new building permits being processed in Mammoth Lakes and 10 in the southern County.

Almost everybody who drives to Mammoth goes right by the Crystal Geyser plant in Olancha. It is home to their Natural Alpine Spring Water (I see people buying it in the local markets and laugh). They recently pleaded guilty to basically dumping the arsenic they’ve removed from the water back into the ecosystem. The company was fined $5M with nobody being incarcerated. The company apparently has about $50M in revenue per year. They are a privately held company.   The Sheet did report on the Main Street Taxpayers Association’s case against multiple parties (including the Town and MMSA) a couple of weeks back. The visiting judge apparently wasn’t very impressed with the case as a whole and the evidence. But at this point it looks like the case could be dismissed or could be going to the Appeals Court. It appears to be a big ‘stay tuned’ event.

I’ve been through plenty of earthquakes in my life and I always (for fun) try to accurately estimate their size. It is easier today since they are reported shortly after they happen. Saturday morning I was sitting at my desk and the biggest one in quite some time rolled through Mammoth. I guessed 4.5….. Caltech reported it at 4.4.

A vacant lot above the Village closed for $237,000. This lot has been traded around over the years (decades). I’ve had many people inquire about it. I’ve walked it with a couple of people (mainly because they didn’t believe what I was telling them). It is a big lot on a nice dead-end residential street. The problem is that the Village Gondola easement runs right through the middle of the lot. A structure can’t be built in the easement (under the gondola). So structures would have to be built on one side or the other or both. Dozens of potential buyers have tried to figure out this puzzle. Apparently someone new thinks they have; maybe a small house on one side and an ADU on the other??

Three highly desirable Westin Monache units closed (finally) in the period. Two were top floor units (a Studio and 1 bedroom) with southern views. The second was a southwest upper floor 2 bedroom / 2 bath closing for $650,000. Based on price history, the values are a little depressed. Assessments can do that. Might be good time to be shopping the Westin.

Two single family homes closed in the ~$1M range. Both are in close proximity to the ski lifts. It is that time of year. 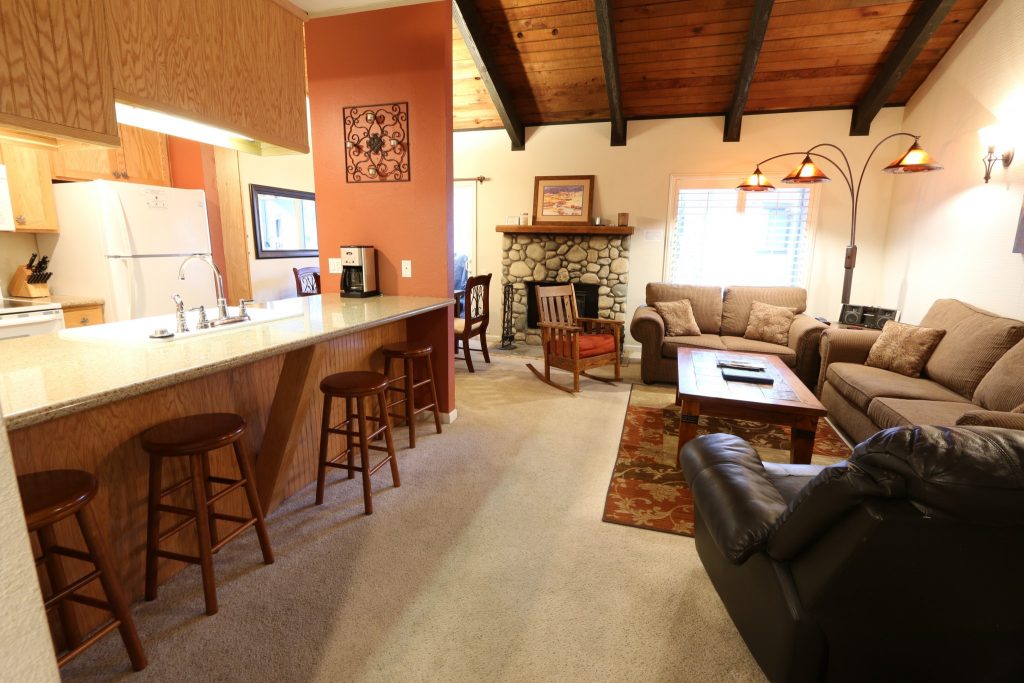 My Q&A column that ran in The Sheet over MLK weekend produced several questions and comments about the “rental wars” in Mammoth. It is fascinating on many levels and where it all ends-up is anybody’s guess. There are major players involved and they are all in the hunt. And many hungry local business people too. They all want a piece of the action. If I was half my age I would want in on it too.

AirDNA and CBRE (the old Coldwell Banker Commercial) made some interesting reporting on the short term rental (STR) market this past week. Much of it was based on year-end data and YOY comparisons. Here are some of the key take-aways.

•  The STR market continues to grow but at a slower pace. “Vacation rentals” in urban areas declined in 2019 but vacation rentals in leisure/destination/resort areas are still growing and dominate the list of fastest growing markets in the last five years. The number of STR units grew by 26% in 2019 compared to 39% in 2018. There are currently almost 2 million active STRs listed on Airbnb and VRBO. The number of STR units now exceed more than 10% of the country’s traditional hotel units.

•  The hotel industry has not seen positive ADR (average daily rate) growth since 2016. Since mid-2018 the hotel industry is reporting steadily decreasing ADR on a quarterly basis. New supply of both traditional hotels and STRs has had a significant and negative impact on hotel revenue per available room (in the industry known as RevPAR). However, RevPar in resort and rural locations has outperformed the national average even where there are high concentrations of STR units.

•  A high percentage, 57%, of STRs in resort/rural locations DO NOT have a hotel within one mile of their location. Many of these STRs have unique or special locations that hotels cannot compare to. And many of these properties have been rentals for decades but the advent of online booking platforms has given them significant growth and penetration into the market. Guests are looking for affordability, location and local experiences. For consumers, price and location are still primary motivators. But localism, home-like amenities and “unusual” experiences are also key.

• STR owners should always expect revenue volatility and variability on a month-to-month basis. But contractions are short-lived. Increasing revenue is the greater challenge.

• The growth of STRs has caused a wave of regulatory policies in many communities. The markets where regulatory policies have been enacted have experienced the greatest declines in revenue. Interestingly, the strong regulatory influence in New York City has created a significant supply of private room rentals versus entire home listings. (Thankfully the Town of Mammoth Lakes has chose not to regulate beyond health and safety issues — they know where the money in the Town coffers comes from.)