The Mammoth Balancing Act Begins, And “The Forest Is Open” 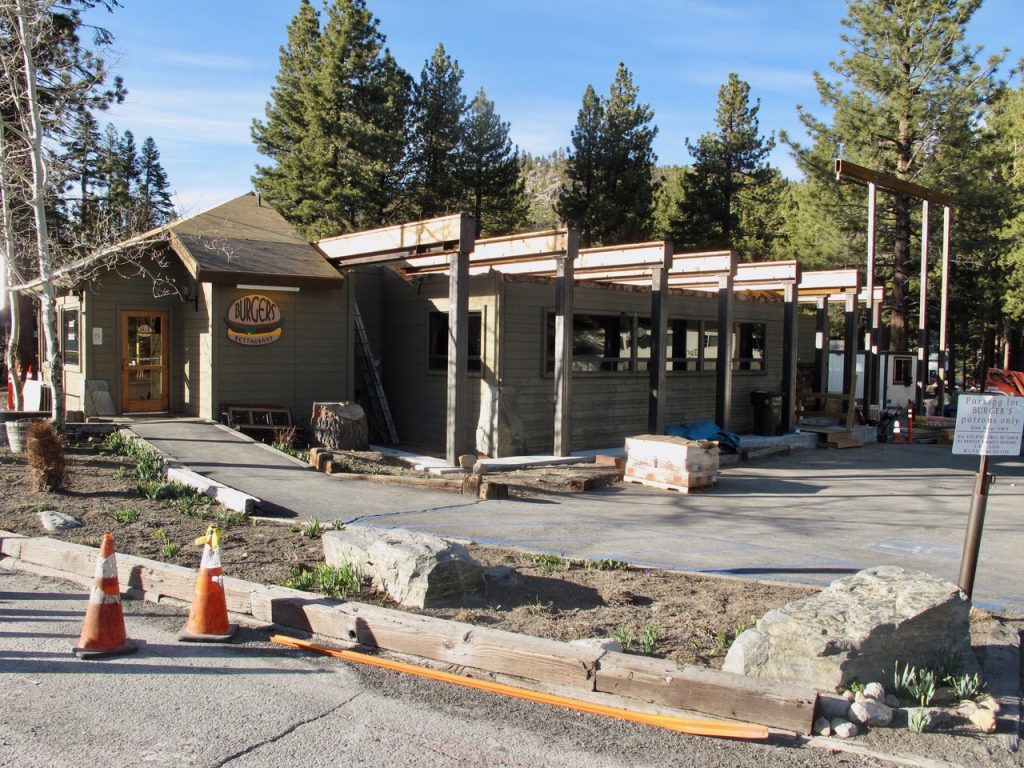 The Mammoth Lakes MLS is reporting eight (8) real estate closings for the period ranging from a low of $255,000 to a high of $1,144,500. Of the eight (8) escrow closings, all eight were financeable properties and all seven were conventionally financed. All of the closings had purchase agreements dated between Feb. 5 and March 3. The three highest sales were single-family homes. There were three condo sales under $300,000.  The 10-year Treasury yield ended the period down a little over 1/10th percent to .596%. The mortgage market is all over the place. Qualifying is definitely tightening, for everybody. For most borrowers and properties, jumbo mortgages are on hold for now. Mortgage companies are inundated with refinance applications. Expect 60-90 days to complete a new loan. Loans in either default or forbearance are reported to be at record levels. This past week FannieMae and FreddieMac agreed to buy loans from lenders that are in forbearance. There are conditions, but the federal government is taking on even more risk. And the FDIC announced that lenders can close loans and postpone full appraisals for up to 120 days after the closing, some restriction apply…..

The inventory of single-family homes is down two (2) to 30. There were two (2) new residential listings in the period. Both are on the lower-end of the market and worthy of looking at. There are 10 homes listed under $1M and six (6) listed over $3M.

The total number of properties in “pending” (under contract) in Mammoth Lakes is down seven (7) to 30 at period’s end. But that includes 19 Obsidian Villas and Creekhouse townhomes under construction or to-be-built.  Of the 30 properties in “pending,” there are really only two (2) in “Active Under Contract” status (formerly “back-up”). The total number of pendings in the aggregate Mammoth MLS (which includes outlying areas) is down six (6) to 47.

Only a couple readers commented about last issue’s lead photo of the historic Mono County jail. I thought it was appropriate for the time. The Bridgeport and Twin Lakes area is a great day excursion out of Mammoth. The historic buildings, including the Courthouse, in Bridgeport are fun to check out. Right out of the true Wild West. This trip might be good for visitors and second homeowners to consider this summer and fall. More open space and fresh air. Take a picnic. Biking around Twin Lakes is great. This issue’s lead photo is of Burgers restaurant here in Mammoth. They set the steel cross beams last Thursday and according to the contractor the second story “will go up quickly — the hard part is done”. The lock down has allowed them to move on this project without the worry of patrons on the site.

The number of virus cases in Mono County has been stuck at 24 for almost a week. That’s great. We started the period at 21. One case is reported to be in north County. Mammoth Hospital has resumed doing non-virus related surgeries. They need to get back to generating revenue, like most of Mammoth. Maybe it is a good time to get a “screaming deal” on a colonoscopy.

The local leaders have done an admirable job the last two weeks meeting and discussing the next phase of life here in Mammoth and the Eastern Sierra (I’ve sat through several of these long meetings). The majority of local residents have superbly cooperated with the isolation orders. But from what I observe from my desk in my other “home” (my office), they are starting to get antsy. Warmer weather will do that. And there is increasing pressure from second homeowners and visitors to be here. These leaders still think that THEY control the flow. But they might be in for a surprise. All of them do admit that mistakes will be made.

Many local business owners are pushing to get back to business in early to mid-May. Others seem complacent (or lulled to sleep) or are contemplating the liability. The local authorities are deferring to what the Governor decides on opening the economy (June 5?). Nothing is definitive. Right now it looks like May 31 here in Mammoth. But others are pushing for mid-to-late June when the more natural demand occurs. This was scheduled to be the fishing opener weekend but that was pushed back until at least June 1. Mammoth Lakes Tourism (MLT) worked an extensive survey and got nearly 2,000 responses. They expect a very busy late summer and fall. And the visitors are hoping Mammoth will be “clean and safe.” The local residents are hoping for the same.

This has become a classic public policy balancing act. The ultimate cost/benefit assessment. And nobody has the right answer (I feel like I’m back studying at UCLA). The District Ranger was integral to the discussions this past week and “the forest is open”.   This includes for legal, “dispersed camping” as they refer to it. The Forest Service is already reporting lots of people camping in unimproved campsites all through the National Forest and BLM land. Most of them will eventually end up in Mammoth for some reason. And do any of the leaders think that this is a harbinger of things to come? The Town attorney even chimed in that the open forest policy is a “very complicated” legal matter with differing court opinions. Restricting public lands is a federal law over state law issue. But ultimately it is the District Ranger’s decision. And she has spoken.

But the local elected officials want to keep the second homeowners and visitors from coming. They want to continue the message “Mammoth is closed”. Banning STRs is seen as their best tool. For now the Mono County Health Dept. is in charge, and at this point they intend to lift the ban on May 31. Others think it needs to be mid-to-late June. And some of the messaging from the Forest Service is “roads are closed”. But locally that only applies to access to the Lakes Basin and Minaret Vista/Red’s Meadow. For now, the road into the Lakes Basin will be closed to vehicles. But foot and bicycle traffic will be allowed on the Town bike path. The Forest Service has to do the annual preparations for visitors and they are admittedly short-handed. So “don’t expect the restrooms to be operative”. The road to Red’s Meadow will be closed to all traffic including bicycles — there is significant road repair and they don’t want cyclists screaming down on construction crews. Crowley Lake is closed to all fishing, but it is “being poached” according to observers. Oh, and Dave’s Run looked fantastic from town the whole period.

Wearing a mask in Mammoth has almost become the universal sign that you are a local resident. New arrivals seem obstinate, or clueless. It will be interesting to see if this trend follows into summer. Second homeowners and visitors beware.

Based on reports from other mountain resort areas, Mammoth appears to be fairing well. First, the Digital 395 project of a few years ago delivered outstanding Internet bandwidth to our community. Without it, working from home or participating in a Zoom meeting would be nearly impossible. It is costly, but it will prove to be a valuable asset in the future as people look for places to escape to and still carry on business.    ​​​​​​​

The city of South Lake Tahoe passed an emergency ordinance authorizing local police to issue $1,000 fines to second homeowners and visitors who are in the Tahoe Basin on non-essential travel or for staying in vacation rentals. One County Supervisor noted that vacation homes on the west shore of Lake Tahoe were “packed” with out-of-town visitors. This reminds me of an old saying about Mammoth — it is so small you can’t hide.

Sun Valley, Idaho is located in Blaine County with some 22,000 residents (Mono County is ~14,000). They have nearly 500 cases of the virus and their local medical system is overwhelmed. They are blaming all of the jet-setters, especially from the east coast, for the outbreak. This is exactly what Mammoth wanted to avoid, and wants to avoid.

And Sedona, Arizona was reported to be “really crowded, way too crowded” with hiking trails and campgrounds “full of people who fled big cities to hunker down in their second homes”…..This is being played-out in resort towns all over the country. It is amazing Mammoth hasn’t been impacted yet. It is just a matter of time.   ​​​​​​​

Alterra announced during the period that IKON Passes for the 2020-21 winter can be deferred to the following season. They were getting pressure for discounts because of the early shut down this year, and they did that. Now they are offering deferment if the coming winter goes bust. I’m sure they are looking for cash flow and to not lose their base. But what happens if pass holders just don’t buy for next year? Could get interesting.

One of the residential closings sold for $885,000. This was a property that I had written an offer on and the buyers and I felt the property was significantly overpriced.  The seller “will not come under the $1,000,000 price” was the response we received. This was pre-virus. They contacted us three weeks ago to see if we wanted to make another offer. I suspect they had an appraisal issue. The square footage isn’t there. Appraisers have moved into conservative mode. 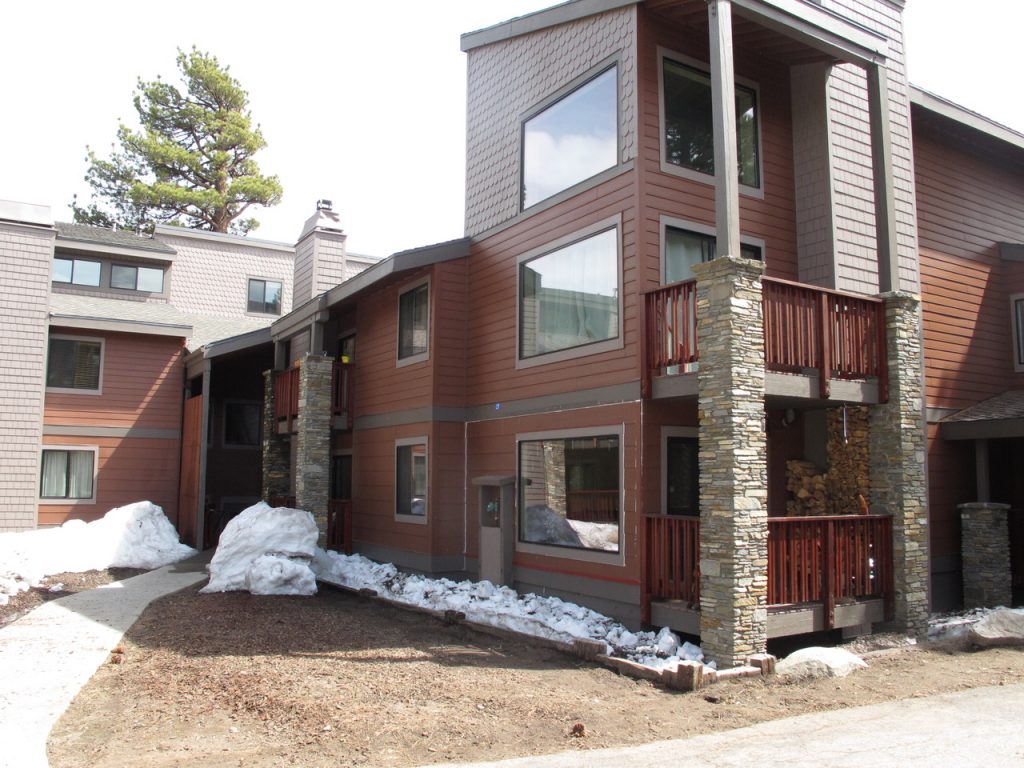 This 1 bedroom / 1 bath at the The Summit is about as convenient to Eagle Express as any condo in the project — walk out the back door and over to the chairlift. The condo is in upgraded condition with remodeled kitchen and bath and extra bunk arrangement in the great room. Truly “turn-key” and ready to rent. Legal wood burning fireplace but has the option for a gas fireplace retrofit. This unit grossed $36K in rentals in 2019. The common internal hallways were just painted and re-carpeted. Understructure parking. Close to one of the project’s satellite spas. Owner may finance with 25% down, submit on terms.
Listed at $395,000

Interesting real estate things happening but the local market remains on hold. I was showing mid-range homes last week; masks for sure, gloves and booties in recently occupied properties. I remember thinking it was weird to be showing properties during earthquake swarms. This had it beat.

Airbnb has rolled out their next big bet; longer term stays. They say it is a growing segment of their business and are giving their landing page new emphasis to support this. At least 80% of their hosts are on board (FYI, rentals over 30 days in Mammoth Lakes do not have to pay TOT). And they were successful at raising $1 billion from private equity firms. So somebody has bought into it. Well outfitted kitchens and laundry will be key amenities. And I’m guessing good Internet service too.

While online STR platforms have come under tremendous criticism in the past two months, I have reminded people that the Mammoth condominium market was literally designed around STR, and that goes back to the 1960s and 70s. The many “Dempsey built” projects and others were developed around the concept; front desk/management offices for onsite reservations and key and towel handling, game rooms, spas and pools, tennis courts, etc.. Mammoth’s history in the STR business is deep. It has been a major part of this community for decades, long before Airbnb.

One surreal email listing from a RE/MAX agent in Kansas; “Survival Condo/Bunker”. This former Atlas Missile silo complex has been converted to a bunker compound. The compound features an indoor pool and spa, custom bar and lounge, work-out facility, theater, and on and on. Prices from $500K to $2.4M. “Every aspect of the endeavor is just right” says the marketing materials. And “the Air Handlers will screen out the Corona Virus”. Anybody interested? I would gladly refer you! But Mammoth still sounds more appealing.

Thanks for reading!  Stay home and stay healthy!